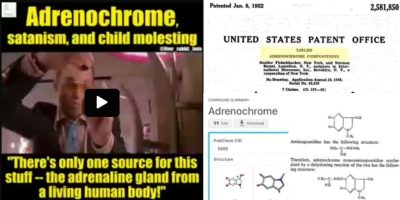 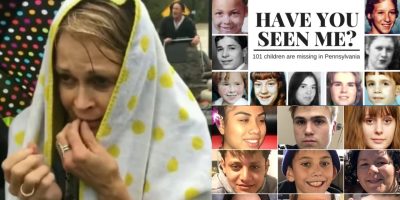 Our inept and indifferent courts are just as complicit in the abuse as the abusers are. Some of these stories are out-fucking-rageous and the judges and social workers responsible for overseeing these cases should be jailed.

WHY IS THE NEWS NOT COVERING THIS?

Sadly, Tarrant County Texas has a long history of child kidnapping, trafficking, pornography, abuse, and fraud which has been happening over the last decade. There are millions upon millions in federal funding and protective parent lawsuits padding the pockets of not just judges, lawyers, amicus attorneys, doctors, etc… BUT ALSO politicians including KEN PAXTON & GOVERNOR ABBOTT.

WHY HAVEN’T YOU FILED FEDERAL COMPLAINTS?

Well, we have; we all have. The FBI, DOJ, CPS, Judicial Board of Corruption, State Bar, court complaint forms, every single CONGRESSMAN & SENATOR, and even the White House. EVERYONE knows and continues to turn a blind eye to what is occurring or even worse are accepting bribes and kickbacks; sacrificing our children to pad their wallets.

WHAT ARE YOU HOPING TO ACCOMPLISH?

The key to ending abuse and criminal behavior is EXPOSURE. Think about all the celebrities, politicians, and elites who have been revealed in the last few months. WE hope to do the same. We want to put a giant spotlight on CRIMES AGAINST CHILDREN and #BELOUD; our children’s cries have gone unanswered so we feel it is our duty to not only speak for them but for the THOUSANDS who have suffered through Tarrant County TX. Most cases are restricted, have (unlawful) gag orders, or the protective parents have been consistently threatened into silence through unlawful imprisonment.

WHAT CAN I DO TO HELP?

– if you believe in the power of prayer; pray protection over children especially the ones who are experiencing continual molestation, rape, and abuse. Pray protection over their hearts, minds, and bodies. Pray for an army of angels to surround every single criminal and child abuser; that their every move will be blocked; the weapons they forge will not prosper; and that they will receive no rest until God’s justice has been served. May their own wickedness betray them.

– make copies, tell family members, post on social media, attach to bulletin boards, leave copies in businesses, canvass neighborhoods, whatever you feel you can do

– if you can help in anyway we have EVIDENCE; beloud@prontonmail.com

BeLoud Disclaimer: BeLoud is not liable for the actions of individual communities, members or leaders. BeLoud is a Movement of the people, for the people, and by the people. BeLoud is not an organization, and therefore cannot be held liable for the individual movements of the free people enforcing their rights. BeLoud is not a legal entity or corporation. BeLoud supports its community through education and information about factual cases of corruption in family courts, state agencies, and child protective agencies. BeLoud is protected under the Universal Human Rights Article: 19 Everyone has the right to freedom of opinion and expression; this right includes freedom to hold opinions without interference and to seek, receive and impart information and ideas through any media and regardless of frontiers. Based on factual evidence BeLoud holds the opinion that family courts, and state and child protective agencies have become corrupt on a massive scale and are in need of oversight.

All donations will be used to print articles & stories to promote EXPOSURE of Tarrant County Court criminal activity. This will include copies, postage, mailing lists, and filings into assorted federal agencies. MONEY WILL NOT BE used to assist any parent with legal or attorney financial obligations.

ALL DONATIONS are strictly being used to cover the NEWS the MEDIA REFUSES to cover; and donations will continue to be used to go after other CORRUPT CHILD TRAFFICKING counties in the future. – ONE AT A TIME

The STORIES YOU ARE ABOUT TO READ ARE 100% TRUE AND INCREDIBLY DISTURBING. I KNOW THAT IT’S DIFFICULT TO ACCEPT THIS LEVEL OF CORRUPTION WITHIN YOUR OWN COUNTY, NEIGHBORHOOD, AND STATE.

Lyndsay Newell attorney for Carist Washington who had maintained a TOP SECURITY MILITARY CLEARANCE now works for UNT, Judge Judith Wells 325 court, and Sharen Wilson County D.A. KNOW and keep 2 CHILDREN with their mother where they are being consistently raped & molested. BOTH children have cried out over and over again for help.

Nurses, counselors, and child advocates have all spoken out on their behalf; being SILENCED OR FIRED. When a police report was attempted the TARRANT COUNTY POLICE chose to ALLOW this abuse to continue protecting Tarrant County Texas Courts and judges. The officers claimed horrific child sexual abuse was a “civil matter” not a criminal one.

These babies are still suffering daily under the abuse. EVERY person involved is a straight up criminal; who lie, commit fraud, and take children from loving protective parents and gives them to their abuser to suffer endless continual trauma.

Aaliyah was kidnapped from her HOME STATE Missouri where she was born. Chris Ward who works for Lineage Logistics, Saginaw TX abandoned Aaliyah and her mother to move to Texas when she was just 9 months old.

Upon marriage; Chris reached out asking for the FIRST TIME to see Aaliyah and was granted summer visitation. This visitation was summer 2017 and Aaliyah has never seen her mother again. Chris refused to return her; the mother established full custody and rightful jurisdiction in Missouri.

Chris Ward has since hidden Aaliyah; who has been denied all physical & electronic communication with her mother. “EMERGENCY” hearing papers were then served with multiple fabrications by Attorney Genevieve Bar despite having ZERO LAWFUL JURISDICTION.

She has been DENIED access to her mother for over 3 years. April 24th 2018 Habeous Corpus was filed which Judge Bill Harris UNLAWFULLY denied despite the mother having full custody for over 3 years and jurisdiction STILL in Missouri; instead he granted Chris Ward, the ABUSER, an emergency restraining order protecting him; aiding continual abuse.

Joshua and Sammie were born in VA where their mother and father Nick Leyva who maintains a Top Security Military Clearance and works for Northrop Grumman, spent the entirety of their marriage. Nick Leyva was VA National Guard. 2014 he moved the family to Texas waited 6 months and filed for a divorce to trap the mother and children within the state.

January 29th 2016 the mother won primary custody and sole geo-graphical custody through an Arbitration agreement; which Nick Leyva signed of his own free will in exchange for heavily reduced CS and the ability to hide all of his finances.

The mother had endured extreme mental, emotional, and financial abuse throughout the marriage. Virginia is in process of filing criminal charges against Nick for VIOLENT RAPE & STRANGULATION of the mother. The boys and mother returned home to VA April 2016. Though Nick refused to maintain consistent contact, assist with any needs, or even send a birthday card, the mother went above and beyond to facilitate visitation; even extending summer visitation to ensure the boys could spend more time with their father.

August 2018 the boys came home claiming extreme neglect and behaving in sexually explicit and disturbing ways. The youngest claimed he had been “touched” but said it was a secret. Before anything could be done; Nick Leyva SUDDENLY filed for “emergency and full custody” of the boys.

Lyndsay Newell his attorney submitted a FRAUDULET affidavit full of “hearsay” and vicious accusations. The affidavit was never even signed by a notary.

Oct 9, 2018 Judge Patricia Bennett oversaw jurisdiction trial in which she verbally assaulted, attacked, and attempted to accuse the mother of kidnapping. She took “judicial notice” of LAWFULLY BINDING Arbitration agreement and then blatantly disregarded it denying Virginia the children’s HOMESTATE rightful jurisdition.

Final trial February 22 2019 Judge Randy Catterton who RETIRED in 2013 was pulled in to oversee the case. He ignored the Arbitration agreement as well. Nicolas Leyva continued with the vicious lies making insane accusations with zero evidence.

Attorney Lyndsay Newell BLATANTLY lied to the judge’s face stating the mother refused to take her drug tests despite holding the negative results in her hands. Judge Catterton with full knowledge there was ZERO EVIDENCE of any of their claims found no fault with the mother. Instead stated he “wanted to try something new” and granted full custody and all parenting requests to their abuser.

The mother refused to sign the UNLAWFUL & FRAUDULENT order and instead kept the children safe in Virginia while filing an appeal. She hired Stephanie Holan who stole over $10k whilst performing disservice for wage, lying to the mother, and working hand in hand with the courts.

Holan even canceled the appeal and told the mother “nothing illegal happened to her”.  January 27th 2020 the mother went to TX for what she believed was a change in custody case on her behalf. Instead she was UNLAWFULLY HELD & THREATENED WITH ARREST whilst Judge Patricia Bennett privately contacted Judge Valentine Southall Jr. in Amelia County VA.

He issued a FRAUDULENT & UNLAWFUL order to Amelia County Sheriff’s department to brutally enter the grandparents’ home and remove the boys without an official warrant. Nick Leyva’s mother Mary Beth Adcock who works for the FAA assisted in conspiring fraud and criminal activity to unlawfully kidnap and traffic the children.

She picked the boys up and removed them from VA after they spent HOURS ALONE WITH STRANGERS. The mother has not seen her children since.

There is also a “secret” case in 325th district court under Judith Wells that was never served with 29 UNCONSTITUTIONAL VIOLATIONS in an attempt to have the mother unlawfully imprisoned about 20 years through trial court; which means no jury.

Josh and Sammie are being mentally, emotionally, physically, and sexually abused and brainwashed by Nick Leyva, his friends, family, and girlfriend Hylyn Hammer, elementary school teacher for Birdsville district.

Hylyn Hammer is going out of her way to convince the youngest who has always been very masculine, that he wants to be a girl; and is attempting to pursue transition.

More from my site