DONALD J. TRUMP & HIS YIDDISHKEIT – SYNAGOGUE OF SATAN | TRUMP LIKE ALL US PRESIDENTS SERVE ISRAEL NOT AMERICA 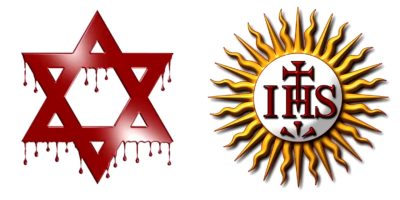 THE GREAT DEBATE: ZIONISTS OR JESUITS? 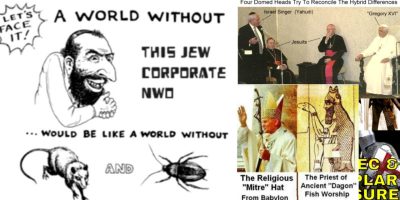 It’s important to note that these videos are not intended to be anti-Semetic. In fact the only reason we know so many details about the extensive deception & Stalinist revision of history/Holocaust hoaxing that has gone on, originates from other Jews who are appalled by the lies and the attempt of the Jewish Bolshevick Revolutionary leadership to get away with the 60 million people THEY murdered.

These butchers are Globalist scum, disguised as Communists or Socialists, but pure fascists who pervert the teachings in the Tolmad to give themselves a license practice the subjugation of all non-Jews, while also conducting child sacrifices of Jewish babies to the fire/Moloch(Sabatians, Radical-Judaism). These are not proud, peaceful Israeli Jews, peaceful Jews who are horrified by the actions of this small, but powerful minority. Let’s not also forget that it was this same subversive minority who were the 1st to instigate terror bombings in response to pro-Palestinian policies by former British officials in the infancy of the Israeli state.

This vile sect has been responsible for the manipulation of humanity through contrived wars and dishonest revisionism ofhistoriy. Tactics they seem to have emulated from watching the Jesuits over the centuries.

DONALD J. TRUMP & HIS YIDDISHKEIT – SYNAGOGUE OF SATAN | TRUMP LIKE ALL US PRESIDENTS SERVE ISRAEL NOT AMERICA

THE GREAT DEBATE: ZIONISTS OR JESUITS?