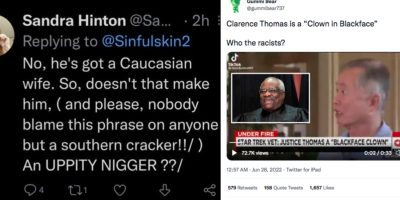 The Moment I Realized Gene Decode Was a Fraud Also(VIDEO)

I’m Starting to realize that these “Children’s Crusade” people have created a lot of handles and have a lot of either stupid or complicit people working with them, so I’m not going to continuously address this, so I figured I’d just make one last big post and then let them jerk each other off in one big circle-jerk of pedophiles, pedophile con artists, mentally disabled people, and pedophile-apologists. They can all have each other.

So this all started with some posts I made about one Timothy Charles Holmseth. If you have read any of my previous posts about him then you know all about this sicko pedo con artist who masquerades on the internet as the leader of the “Pentagon Pedophile Task Force” and claims to be “one man away from Trump”. Yea, this guy: *His latest post is absolutely hysterical…

So naturally when I found out that I had been reposting and citing materials from this guy, I wasn’t too happy, and my language and attitude in the posts reflect that, rightly so.

There were certain YouTubers that I had been watching in the weeks leading up to finding out about this, and I discovered that several of them had been featuring him as a guest. I will admit this triggered me a bit, causing me to speculate that so much of my time spent watching these guys had been a total waste and complete con job. In one of my posts I identified several of these channels as having featured him and could also be possibly involved in the “Children’s Crusade” con job, but not necessarily pedophiles themselves. I only explicitly identified Timothy Charles Holmseth & Field McConnell/Abel Danger as confirmed pedophiles.

Of those 3, only one actually got back to me to clear things up. The specific 3 I contacted, one was TruthUnsealed one was CirstenW & I won’t mention who that 3rd YouTube channel was. Even though I am speaking about this individual with the 3rd channel in a positive light, I don’t want to have to drag that particular person into the fray. But that individual responded to me by first suggesting that I calm down(I was really mad and it was profanity laced email which I regret), and then assured me that they had “backed away” from citing Holmseth any further.

That’s exactly how any normal, rational person, who wasn’t complicit or having anything to hide, or in-on the con themselves, would respond to something like this. I mean I also had been foolishly reposting Holmseth on my blog. So I had fallen for the same thing they had. How could I judge? I didn’t. But I did expect they would denounce Timothy, which this particular person did. I apologized for the initial email again and that was the end.

Then on the flip side we have CirstenW. Now, despite her maniacal and incessant tweets where she repeatedly accused me, of accusing her of being a pedophile, that is not at all what I had indicated in my initial posts.

In one post I used the wording “involved with” and in another I used the term “Pedo-apologist”, but NEVER did I flat out accuse her of being a pedo.

That’s a deathly serious accusation that I would not make unless there was clear proof of such, as there was with Field McConnell and Timothy Charles Holmseth.

In fact, after the 3rd individual responded with their polite denouncement of Timothy, I actually removed CirstenW’s name from the posts all together. Despite the fact that she had not denounced Tim at all.

So circa yesterday, and here comes this batshit crazy, totally unhinged, foaming at the mouth dummy-demon lady, flipping the fuck out on twitter.

Anyone who dared support me in the slightest was told, “DO NOT EVER QUESTION ME” and “WHO DO YOU THINK YOU ARE”, and the best, and my favorite, in response to having a known pedophile on her channel posing as a Pentagon Taskforce leader, “I WILL HAVE ANYONE AS A GUEST ON MY SHOW I LIKE, IT’S CALLED FREEDOM”.

You are absolutely right Ms. Dummy lady CirstenW, with the reading comprehension skills of a grade schooler. You damn well do have that right, free speech protected and all. It’s the reason why you & Timothy are allowed to have YouTube channels & blogs. It’s also the same reason I can come out and expose you both as being lower forms of life than the bacteria that accumulates around the stain ring in a toilet.

I tried assuring her I didn’t call her a pedo outright, it wasn’t a big deal, they have conned a lot of people, I had been duped too and to please look at the evidence. She didn’t want to hear it and continued freaking out.

I think this might be lowest functioning and most unhinged YouTuber I have ever come across. Content creators like this will only discredit anything to do with any truth movement or anything relating to Q & in the end will only end up sullying up the reputations of the entire field.

I am at a loss as to how this woman holds the notion that she is one occupying the moral high ground here.

Since she had zero ground to stand on for having both defended Timothy and having had him on her show, she decided her only option was to come at me. So she started with reckless, almost middle school’esque lies. Just shit right off the top of her head, on the spot.

Retrospectively, I wish I had taken more of an effort to further delineate those whom were collaborating with the pedophile con artists & the actual pedophile con artists themselves. Therefore I apologized for that. Yet, somehow, incredibly, Cirsten looked upon that as a mic drop gotcha moment and that she somehow won this squabble.

Her lies at that point became fantastical and hilarious.

I was an MK-ultra mind controlled pedo.

That I had repeatedly threatened her life(absolute horseshit, I threatened to destroy her reputation and YouTube career, not her)

The best one was that I was a LIBERAL! I know!!! My goodness. How much more off the mark can a dummy YouTuber like this be?

All ridiculous, childish and far reaching. But most importantly, having nothing to do with my original claims about Timothy. She didn’t want to address that at all.

I knew Miss Dummy had featured Tim as a guest, but I had no reason to believe she was a pedophile herself, or that she even knew that she was being duped by Timothy.

In fact I was almost certain that she was not involved in the con job, she was just foolish like I was for a short while and believed the guy.

However after this absolute schizophrenic episode of unhinged insanity, the inexplicable defense of Timothy, and her asserting her right to have anyone she wants on her show, I am now convinced that she is at the very least knowingly complicit in promoting a known con-artist and child sex-offender.

She has to be a part of this whole con job, which would suggest that she is a pedophile like the rest of them. Though, there is no direct proof of that in her case. Or, Miss Dummy is just a SUPER dummy. Easily one of the dumbest adults I have ever interacted with and likely has an IQ below 100.

All she had to do was what channel #3 did, and moved on quietly, but now she has just blown up her whole spot up like a complete total dummy.