THIS IS BIG: Legal Expert Claims Kamala Harris Doesn’t Qualify for Vice Presidency – She’ll Have To Be Replaced 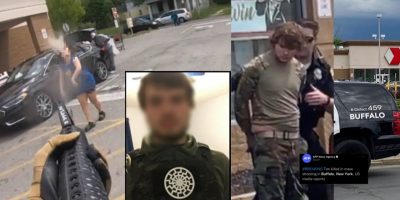 I’d like to thank the inept legal counsel for the DNC for dropping the ball on this one and failing to advise Nancy Pelosi and Chuck Schumer and the rest of the dumbass leadership in the DemonRat party that Kamala Harris isn’t even eligible to be president.

THIS IS BIG: Legal Expert Claims Kamala Harris Doesn’t Qualify for Vice Presidency – She’ll Have To Be Replaced

(Above Kamala Harris with her father.)

Here we go again.  Kamala Harris is next politician to run for office who doesn’t qualify for the position she is running for.

Senator John McCain was born outside the US and because of this, investigated when he ran for the Presidency and eventually determined eligible.  Then came Barack Obama, who many to this day don’t believe was eligible for the Office of the Presidency due to the unusual circumstances concerning his birth (See Jack Cashill’s book: Deconstructing Obama). Many conservatives didn’t support Senator Ted Cruz due to his birth in Canada.  And now we have a new birther issue, Senator Kamala Harris and her eligibility for Vice President of the United States.

According to an op-ed in Newsweek, Kamala Harris likely does not qualify for the Office of Vice President.  Professor John Eastman, Professor of Law at Chapman University and Senior Fellow at the Claremont Institute raised these concerns based on evidence known to date.

Newsweek starts the article with an editorial disclaimer:

Editor’s note: Some readers reacted strongly to this essay, seeing it as an attempt to ignite a racist conspiracy theory. That is entirely inaccurate, as this Note explains.

But surprisingly Newsweek left this article up.  The piece begins with this from Professor Eastman [emphasis added]:

The fact that Senator Kamala Harris has just been named the vice presidential running mate for presumptive Democratic presidential nominee Joe Biden has some questioning her eligibility for the position. The 12th Amendment provides that “no person constitutionally ineligible to the office of President shall be eligible to that of Vice-President of the United States.” And Article II of the Constitution specifies that “[n]o person except a natural born citizen…shall be eligible to the office of President.” Her father was (and is) a Jamaican national, her mother was from India, and neither was a naturalized U.S. citizen at the time of Harris’ birth in 1964. That, according to these commentators, makes her not a “natural born citizen”—and therefore ineligible for the office of the president and, hence, ineligible for the office of the vice president.

Do you think Kamala is a natural born citizen?

Wow – that blew the lids off of the heads of many liberals which no doubt led to the disclaimer.  Eastman adds:

So before we so cavalierly accept Senator Harris’ eligibility for the office of vice president, we should ask her a few questions about the status of her parents at the time of her birth.

Were Harris’ parents lawful permanent residents at the time of her birth? If so, then under the actual holding of Wong Kim Ark, she should be deemed a citizen at birth—that is, a natural-born citizen—and hence eligible. Or were they instead, as seems to be the case, merely temporary visitors, perhaps on student visas issued pursuant to Section 101(15)(F) of Title I of the 1952 Immigration Act? If the latter were indeed the case, then derivatively from her parents, Harris was not subject to the complete jurisdiction of the United States at birth, but instead owed her allegiance to a foreign power or powers—Jamaica, in the case of her father, and India, in the case of her mother—and was therefore not entitled to birthright citizenship under the 14th Amendment as originally understood.

Interestingly, this recitation of the original meaning of the 14th Amendment Citizenship Clause might also call into question Harris’ eligibility for her current position as a United States senator.

Professor Eastman finishes with this, stating with foreign powers still so influential in the world today, the rationale behind the making of the law applies as much today as in the past:

But the concerns about divided allegiance that led our nation’s Founders to include the “natural-born citizen” requirement for the office of president and commander-in-chief remain important; indeed, with persistent threats from Russia, China and others to our sovereignty and electoral process, those concerns are perhaps even more important today. It would be an inauspicious start for any campaign for the highest offices in the land to ignore the Constitution’s eligibility requirements; how else could we possibly expect the candidates, if elected, to honor their oaths to “faithfully execute the Office of President of the United States, and…to the best of [their] Ability, preserve, protect and defend the Constitution of the United States?”

How can we expect our politicians to uphold the rule of law when they, themselves, don’t uphold the law?  This must be addressed, sooner rather than later.