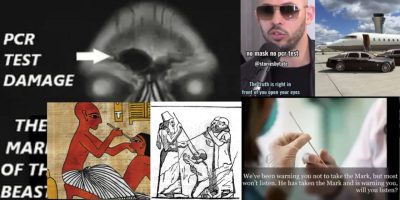 When the lamstream decides to go blackout on a particular story, they’re not playing around. It might be the one thing they are most competent at. Hiding stuff. They’ve had decades of practice and have nearly perfected the craft.

A former staffer for Andrew Cuomo has credibly accused the Democrat New York Governor of sexual harassment – and nobody in the mainstream media seems to care.

While it is unsurprising that Chris Cuomo at CNN isn’t covering his brother’s sexual harassment scandal, it is astonishing that hardly any other mainstream outlet has bothered to cover the story.

Frontpagemag.com reports: Unlike Tara Reade, Lindsey Boylan is currently active in Democrat politics. Governor Cuomo is being considered by Biden for the AG spot. Yet the Associated Press files an entire story on a possible Cuomo pick by quoting Sharpton, and the need for a black AG, but not the simple fact that Cuomo has been accused of sexual harassment. If Trump, or any Republican governor, were considering an AG who had just been accused of sexual harassment, that would be the lead.

Would the media be more likely to cover the accusation if Cuomo were lower profile, if he weren’t being considered for a spot on the Biden team, or if he didn’t have his own presidential ambitions?

But the baseline is that accusations of sexual harassment against Republican officials have a very low bar. It’s why the media gave the spotlight to some very dubious Kavanaugh accusers. It’s why it kept giving airtime to Trump accuser E. Jean Carroll despite her cringingly awful interviews. Meanwhile the bar for accusations against Democrat elected officials is very high. It took about 8 accusers, most of them from the Left, to force Franken out, and his comeback is imminent.

And all of the women who accused Biden didn’t amount to anything. Not when the stakes are high enough.