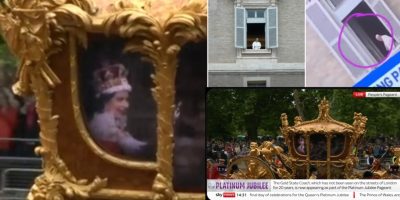 What was supposed to be a quick repost turned into a full blown skewer-session of Brian “Skeksis I cry myself to sleep at night” Stelter. Though you could argue that I have just as unhealthy of an obsession with going after Bri Bri as he does in going after Trump as recklessly and often as he does. I got a lot of it out of my system with this one.

LOL. Oh Brian. Poor guy just can’t catch a break. I used to do these very mean posts(and still do) where I would refer to him as “Brian Skeksis Stelter” and Twitter seemed to be more concerned with censoring those tweets over any of my other very controversial and unapologetic posts since I started blogging back in March. For whatever reason the Wayback Machine skipped over archiving those old Skeksis Stelter posts from my now defunct original WordPress.com blog, but I was able to find a cached version of the original Skeksis thumbnail from Google images. Oh WordPress & Twitter, you’re going to have to kill me. Skeksis Stelter is way too funny, even if only to me. All this blogging I do is for my own therapeutic benefit and I would continue doing it no matter how many followers you continue to delete on a daily basis. They have resorted to slowly chipping away at my remaining few thousand Twitter followers after their initial purge of 1,500 all at once a few days back. It’s Orwellian, pathetic, sad and despicable. Take a look for yourself.

But I digress. Let’s outline a few of Brians cringiest moments of all time.

Brian has had a pretty rough go at being an on-air TV personality. But he made it onto TV as was his childhood dream and he does have millions of dollars and likely a girlfriend? that’s way too hot for him, so I guess he’s doing a hell of a lot better than I am. Though not so sure anyone would volunteer to trade places with the guy. Even if he is a millionaire C-list “celebrity” who’s looked up to by millions of the very same people that I think need to be removed from the gene pool and are responsible for fueling our ever-expanding post-modern P.C. horror culture of professional victimhood procurement and institutionalized white & orange hate.

As I’ve previously noted, now more than ever, we are seeing supposedly neutral journalists in the mainstream media unapologetically rip their “objective” masks completely off.

As his fellow colleagues have done, CNN’s resident hall monitor Brian Stelter has led the way in dutifully transitioning from Resistance Reporter™ during President Trump’s administration to chief disinformation officer for the incoming Biden administration.

There was his eruption over Fox News having the nerve to cover the Hunter Biden allegations, his fawning and gushing over Joe Biden’s comms team, and his coded message about how he believed “normal relations” (ahem) “between the president and the press corps” could soon be “restored” in a Biden administration – just to name a few.

Stelter, just like his faithful sidekick Oliver Darcy, also arguably led the way for years in trying to have President Trump either suspended from or kicked off of Twitter. When that didn’t happen, Stelter’s second option was to make a dramatic show of turning off his notifications for Trump’s tweets on live TV. For those who missed the  stunningly brave moment when it happened shortly after the election, watch below:

Fast forward a couple of months and Twitter granted Stelter his wish (and the wishes of millions on the left, media, and Never Trump “right”) by permanently suspending him off their platform as part of a broader effort to crack down on conservative accounts.

A few days after Twitter’s actions, however, Stelter inadvertently revealed how much he was addicted to – and missed – monitoring Trump’s tweets.

It all started after CNN performance journalist Jim Acosta, who has been moved from the White House beat to the weekend anchoring beat now that “normal relations” will soon be restored between CNN and the White House, reported on the news that the White House had been “made aware” of New England Patriots’ head coach Bill Belichick’s decision not to accept the presidential medal of freedom award:

Stelter’s response was to suggest that normally this would be around the time we’d see a “hate-tweet” from Trump:

Oh, lemme see. There will be the “reports” about Joe Biden’s socks, and questions about whether or not members of the Biden team will take musical instruments with them when they travel overseas. We are also likely to see a fashion report or three from CNN and other networks on Kamala Harris, similar to the updates we were graciously given when she ran for president:

Some real hard-hitting journalism is no doubt forthcoming after Biden’s inauguration. Shall I go on …?

Related/Flashback: Adam Housley Schooled Brian Stelter on What Journalism Is and Isn’t During Rudy Presser, and It Was Glorious