House committee holds hearing on the January 6 storming of the US Capitol. PROOF of FALSE REALITY for round one NEWS MEDIA & GOVERNMENT.

Joe Biden is prohibited from holding public
office in the US government—Here’s why!

State of the Nation

By his own admission, then Vice President Joe Biden used
upwards of $1 billion of US government loan guarantees in
a bribery coercion scheme to threaten the Ukraine president
to immediately terminate the Prosecutor General who was investigating the corrupt practices of Burisma Holdings, as
well as the involvement of board director Hunter Biden.
This criminal act constitutes a federal felony crime and
disqualifies Biden from holding public office.

All the hard evidence and applicable laws follow in this straightforward legal analysis.

First, here’s Biden’s unequivocal admission of his crime on video:

Now, here is the relevant section from the FOREIGN CORRUPT PRACTICES ACT, that is codified as United States Federal Law, which strictly “prohibits U.S. citizens and entities from bribing foreign government officials to benefit their business interests”. 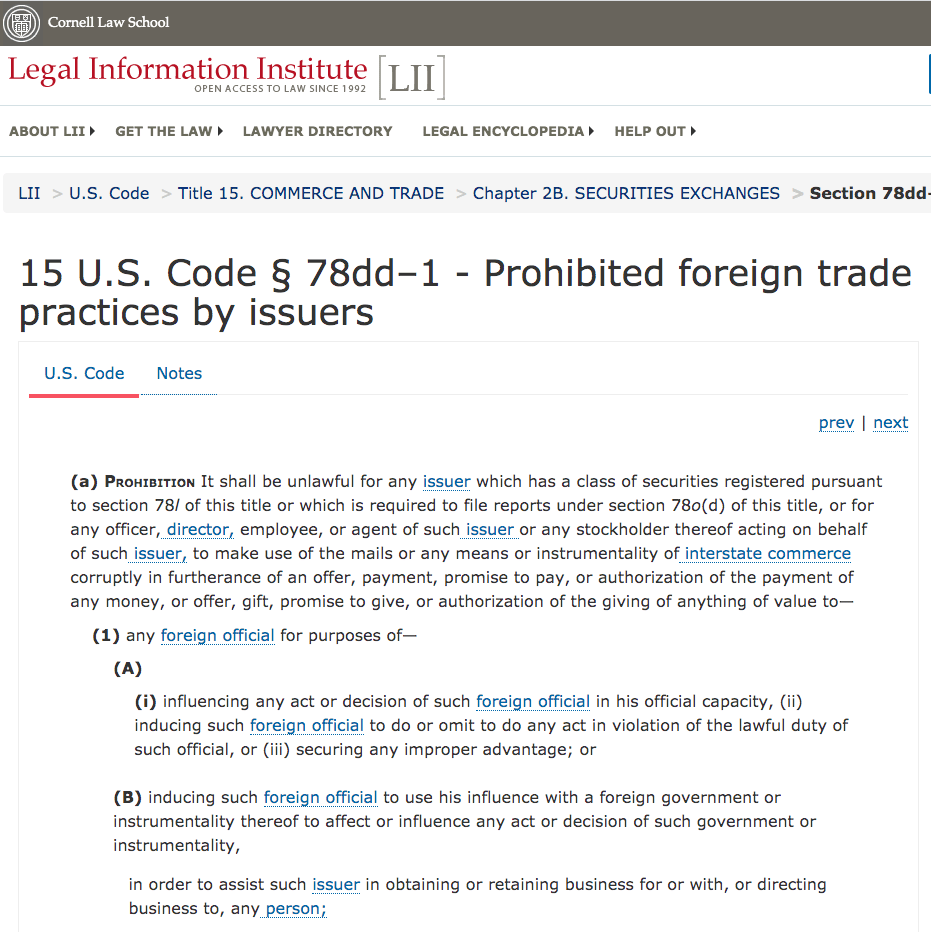 Furthermore, the U.S. Department of Justice has published “An Overview” which spells out that what VP Joe Biden did by threatening to withhold loan guarantees to the Ukraine was in blatant violation of U.S. Federal Law.

The Fraud Section of the Criminal Division of the DoJ makes it clear what constitutes a violation of the FOREIGN CORRUPT PRACTICES ACT as follows.

(a) Inducement or coercion of benefits. An employee shall not use or permit the use of his Government position or title or any authority associated with his public office in a manner that is intended to coerce or induce another person, including a subordinate, to provide any benefit, financial or otherwise, to himself or to friends, relatives, or persons with whom the employee is affiliated in a nongovernmental capacity.

Here’s a screenshot of the same CFR regulation that is directly applicable to Joe Biden’s official misconduct while VPOTUS and acting on behalf of his son Hunter Biden in his official capacity as member of the Board of Directors of Burisma Holding Limited, a Ukrainian Company.

Then there is the federal statute codified by the U.S. Code concerning the “Bribery of public officials and witnesses”. Here again Vice President Biden clearly acted in contravention of both 18 U.S.C. § 201(b)(1) as to the giver, and § 201(b)(2) as to the recipient, in the crime of bribery of a pubic official.

The U.S. Office of Government Ethics does not render opinions on 18 U.S.C. § 201, but may provide links to relevant information about the topic, when appropriate.

The screenshot posted below was taken from: https://www.justice.gov/criminal-fraud/foreign-corrupt-practices-act

There’s one more serious transgression of federal law that Joe Biden is guilty of: the deliberate concealment of his senatorial records. Those records are currently housed at the University of Delaware and Biden himself can permit their release.

In this particular regard, Biden’s refusal to release those public records is a brazen violation of 18 U.S. Code § 2071 which concerns the “Concealment, removal, or mutilation generally” of government records, documents, files, etc. The letter of the law can be read in the following screen capture taken from the Cornell Law School website. The disqualification clause is highlighted in blue. 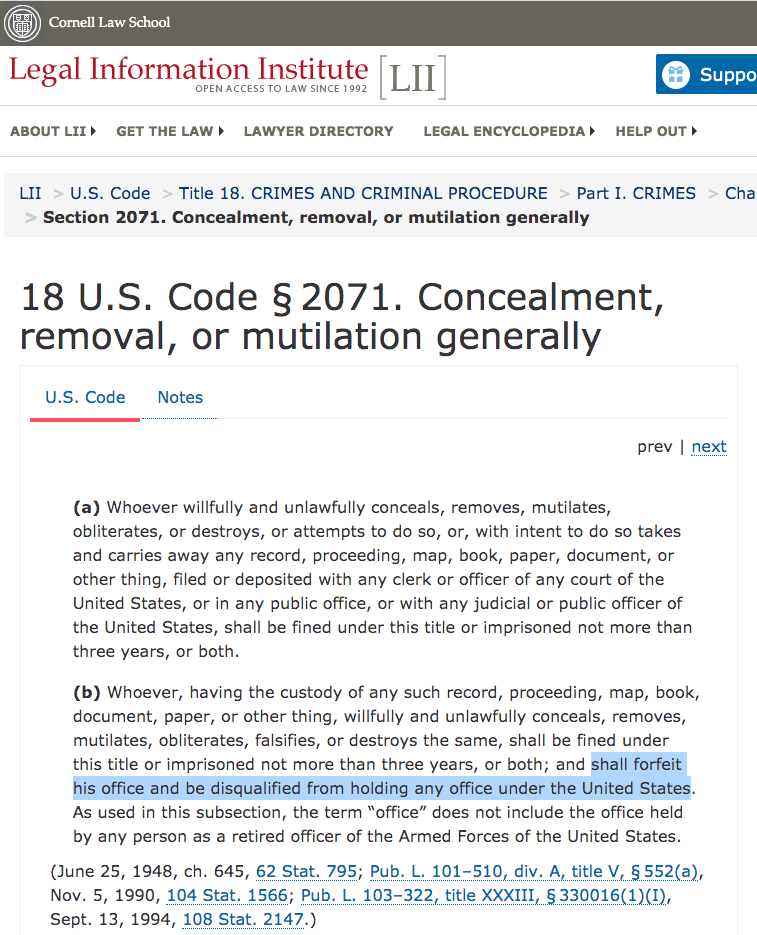 KEY POINT: Joe Biden isn’t the first Democrat POTUS candidate to be disqualified from holding public office because of concealment or destruction of government records. Hillary Clinton was also prohibited (according to the law of the land) from running for President prior the 2016 election because of the her intentional removal and destruction of official government email correspondence. See: Sometimes the hard truth appears in the funniest places … like a Law Library.

Joe Biden, acting in his official capacity of Vice President of the United States of America, bribed the Ukraine government in order to compel President Petro Poroshenko to fire the General Prosecutor. This criminal act was carried out with the explicit intent to terminate the ongoing criminal investigation of Burisma Holdings Limited, as well as to stop the investigation and avert the prosecution of his son—Board Director Hunter Biden.

Various sections of the U.S. Code describe this official behavior as criminal and, therefore, subject to prosecution as well as disqualification to hold public office in the US government. Given the extreme seriousness of Biden’s admitted crime and flagrant breach of the public trust, the Democrat POTUS nominee is effectively barred from running for any public office until his criminal case is properly prosecuted and adjudicated. Moreover, Biden’s premeditated concealment of his senatorial records further adds to this open-and-shut case which necessitates his permanent prohibition to hold public office.

House committee holds hearing on the January 6 storming of the US Capitol. PROOF of FALSE REALITY for round one NEWS MEDIA & GOVERNMENT.