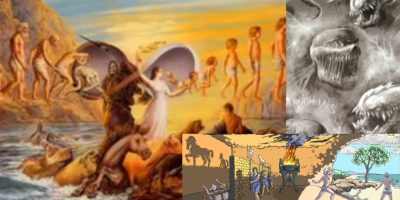 Maybe… An interesting find none the less. I’ve made no secret to the fact that I’m suspicious of the current crucifixion narrative. Though the only part I really have an issue with in the cross shaped wooden fixture he was supposedly nailed to. I believe it was just a single stake in the ground. So I guess the nails could remain as a part of the story without irking me too too much.

Historical experts have just found proof of Jesus and the cross inside this hidden chamber. Today, we take a look at what historians have just discovered. Christianity has been a dominant religion for thousands of years – it is only natural that elusive mysteries would arise through the ages, from claims of ancient Biblical discoveries to modern miracles. Thank you for watching! Thank you to CO.AG for the background music!