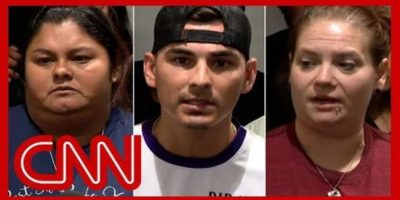 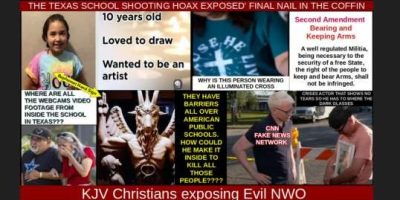 I wish my state could be this cool. There is still hope in humanity if states keep proactively putting forth 2nd Amendment rights-preserving legislation like this. State Law is in many cases MUCH more powerful than Federal Law, simply because the police have a powerful enforcement mechanism already in place. I believe Washington & Montana had proposed similar Bills to help preserve the gun rights of its citizens.

On Friday, the West Virginia House overwhelmingly passed a bill that would set the foundation to end state enforcement of federal gun control; past, present and future. Passage into law would represent a major step toward ending federal acts that infringe on the right to keep and bear arms within the state.

Specifically, the proposed law would prohibit a state agency or department from using money or personnel to investigate, interrogate, detain, detect, or aid a federal agency in whole or in part or arrest persons for federal law enforcement purposes, including any of the following:

(1) Inquiring into an individual’s ownership regarding a firearm, firearm accessory, or ammunition, if the act, law, order, rule, or regulation for which the individual is suspected to be in violation does not exist under the laws of this state nor is substantially similar to a law of this state;

(2) Detaining an individual on the basis of a hold request related solely to an alleged federal firearm violation;

(4) Making or intentionally participating in arrests based strictly on a federal firearm law that differs from or is not substantially similar to a West Virginia law;

(5) Performing the functions of an agent or officer of the federal Bureau of Alcohol, Tobacco, Firearms and Explosives, whether pursuant to any other law, regulation, or policy, whether formal or informal, if such function is to knowingly and willingly participate in any way in the enforcement of any federal act, law, order, rule, or regulation regarding a firearm accessory or ammunition if the act, law, order, rule or regulation does not exist in the laws of the State of West Virginia or is not substantially similar to a law of West Virginia;

(7) Providing office space exclusively dedicated for federal authorities for use within a municipal or county law enforcement facility for the purpose of federal firearms regulation enforcement; or

(8) Utilizing any assets, state funds, or funds allocated by the state to local entities on or after the effective date of this article, in whole or in part, to engage in any activity that aids a federal agency, federal agent, or corporation providing services to the federal government in the enforcement or any investigation pursuant to the enforcement of any federal act, law, order, rule, or regulation regarding a firearm, firearm accessory, or ammunition if the act, law, order, rule, or regulation does not exist under the laws of this state or is not substantially similar to a law of this state.

While passage into law wouldn’t end all gun control in West Virginia today, it would represent a  massive shift in strategy going forward.  Once in effect, HB2694 would immediately do the following:

Each state-level gun control repeal would then represent a one-two punch, not only ending state enforcement, but automatically ending support for any concurrent federal gun control measure as soon as the state law repeal went into effect.

According to NRA-ILA, under West Virginia law, there is no licensing requirement for ownership of rifles, shotguns, or handguns. And no permit to carry or registration of firearms is on the books either.

The ATF has a pdf document that lists and details all state-level gun control measures in West Virginia, and would act as a handy guide for what could be repealed in the future.

The right to keep and bear arms West Virginia Constitution is listed in Article III, §3–22:

A person has the right to keep and bear arms for the defense of self, family, home and state, and for lawful hunting and recreational use.

The federal government relies heavily on state cooperation to implement and enforce almost all of its laws, regulations and acts – including gun control. By simply withdrawing this necessary cooperation, states and localities can nullify many federal actions in effect. As noted by the National Governors’ Association during the partial government shutdown of 2013, “states are partners with the federal government on most federal programs.”

Based on James Madison’s advice for states and individuals in Federalist #46, a “refusal to cooperate with officers of the Union” represents an extremely effective method to bring down federal gun control measures because most enforcement actions rely on help, support and leadership from state and local governments.

“Partnerships don’t work too well when half the team quits,” said Michael Boldin of the Tenth Amendment Center. “By withdrawing all resources and participation in federal gun control, states and even local governments can help bring these unconstitutional acts to their much-needed end.”

The state of West Virginia can legally bar state agents from enforcing federal gun control. Refusal to cooperate with federal enforcement rests on a well-established legal principle known as the anti-commandeering doctrine.

Simply put, the federal government cannot force states to help implement or enforce any federal act or program. The anti-commandeering doctrine is based primarily on five Supreme Court cases dating back to 1842. Printz v. U.S. serves as the cornerstone.

“We held in New York that Congress cannot compel the States to enact or enforce a federal regulatory program. Today we hold that Congress cannot circumvent that prohibition by conscripting the States’ officers directly. The Federal Government may neither issue directives requiring the States to address particular problems, nor command the States’ officers, or those of their political subdivisions, to administer or enforce a federal regulatory program. It matters not whether policy making is involved, and no case by case weighing of the burdens or benefits is necessary; such commands are fundamentally incompatible with our constitutional system of dual sovereignty”

No determination of constitutionality is necessary to invoke the anti-commandeering doctrine. State and local governments can refuse to enforce federal laws or implement federal programs whether they are constitutional or not.

HB2694 now moves to the Senate for further consideration. At the time of this report, it had not been referred to a committee. Once it receives a committee assignment, it must pass by a majority vote before moving forward in the legislative session.

Michael Maharrey [send him email] is the Communications Director for the Tenth Amendment Center. He is from the original home of the Principles of ’98 – Kentucky and currently resides in northern Florida. See his blog archive here and his article archive here. He is the author of the book, Our Last Hope: Rediscovering the Lost Path to Liberty, and Constitution Owner’s Manual. You can visit his personal website at MichaelMaharrey.com and like him on Facebook HERE