Divide and conquer now fully in play! The globalists ‘mass extermination endgame’ is at hand with Democrats wanting to throw the unvaccinated into ‘leper colonies’

If there weren’t so many uselessly cowardice members of the general population, we would have been able to put a stop to this long ago. I feel we have passed the point of no return. The good news is that a lot of annoying people will be dead and gone soon. I’m a “glass half fuller”.

Divide and conquer now fully in play! The globalists ‘mass extermination endgame’ is at hand with Democrats wanting to throw the unvaccinated into ‘leper colonies’

With talk of ‘vaccine passports’ now filling the air in America, and as Susan Duclos had pointed out in this new ANP story, such ‘passports’ being another huge move towards the full implementation of the ‘mark of the beast‘ warned of in the Book of Revelation, we’re also now witnessing ‘divide and conquer’ in America being played out to the hilt, as the globalists try to turn those who don’t get the vaccination into 2nd class citizens. (Article by Stefan Stanford republished from AllNewsPipeline.com) Perfectly seen in the comments we’ve republished below from this story over at The Hill titled “Battle Rages Over Vaccine Passports”, as liberal activist and former Clinton advisor Naomi Wolf recently warned as we’d reported in this March 30th ANP story, Americans may be living under tyranny within months if we keep traveling down the road Joe Biden and Democrats have put us on. And with the unveiling of any kind of tyranny something that absolutely should never be tolerated in America, and that very real possibility giving law-abiding Americans all across the country another reason to arm up and ammo up, now, the comments below show both how totally dumbed down most Democrats are in 2021 and that Conservatives have had it up to here with Democrats attempt to unveil tyranny in America. First, some comments from the ‘dumbed down’ showing how Americans are being completely divided, ahead of what the globalists hope will be our ‘conquering’. If you don’t want to get this passport, then don’t. But don’t expect to enter certain businesses, get on airplanes, go on cruises, go to theaters, go to concerts, etc. Just sit in your homes and rot your minds on conspiracy theories. Vaccine passports are an excellent idea. Freedom doesn’t give you the right to infect others. And who wants to sit in a stadium or concert hall next to ‘disease infected’ Republicans? No restaurants, grocery stores, schools, sporting events, airport terminals for the unvaccinated. Makes perfect sense.Vaccinations must be made MANDATORY, plain and simple. Interstate travel must require a visa and passport from each state’s passport authority for each person in the party showing the destination, purpose of the visa, and date of return.No one cares. Bring ‘em on. Let antisocial Trunts, Qunts and related miscreants remain in a self-imposed leper colony. And the comments from Conservatives who see what’s going on now included: The Nazis created exactly what ‘Vaccine Passports’ explicitly promise: separation of society into two tiers: the ‘clean’ (privileged, with access) and ‘unclean’ (restricted, stigmatized, marginalized). There is no going back once this platform unrolls; no escape. The democrats.. vaccine passports for going to the mall, no ID for voting….sick, corrupt and vile, that’s the democrats for ya!  Vaccine passports let us know the endgame is massive forced vaccination. We went from two weeks to flatten the curve to show us your papers if you want to buy bread. Democrats are turning the USA into Nazi Germany 1940’s..You must have papers to move about…….. Don’t you liberal idiots find it funny that you must have a retarded vaccine passport but you jackaZZes can’t use a photo ID to effing vote….Seriously…  NOT ONLY will they require a vaccine travel, they will incite violence against people who do not want the poison injections. In Canada, documents show they planned to give stimulus checks but only fully cashable if the entire community had been vaccinated, which they knew would cause Citizen upon Citizen violence. The whole ruse is to get widespread injection for human extermination.Problem, Reaction, Solution. Fake COVID numbers to scare people into mRNA shots using bogus PCR test and media lies. mRNA shots cause new mutant strains to scare people into more mRNA shots. mRNA shots cause mass death from ADE and other diseases, then blame it on new mutant strains to scare people into more mRNA shots. Millions of people die. so then FORCE more mRNA shots or one can’t function in society. Everyone sick or most likely dead within 14 months mostly of ADE, which is what killed 100% of animals in trials, which is why Fauci skipped animal trials before phase 4. So with America now totally divided, and Democrats seemingly blaming the China-virus upon those who don’t want to be vaccinated, as we’ll explore within the next section of this story below, if we stay on this path the left has set us upon, we won’t recognize our country within another year. 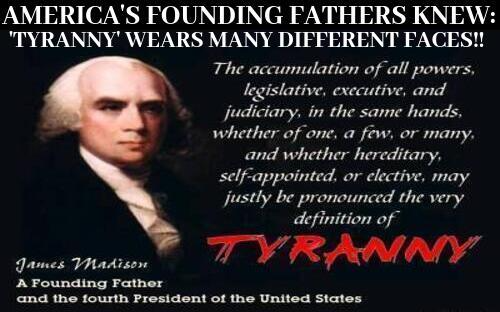 And with this ‘mark of the beast’ being unveiled before our eyes, with Democrats hoping that Conservative Americans won’t be able to go grocery shopping, use public transportation, travel out of state or even use public restrooms (while they’ll happily allow trans-men into the women’s bathrooms!), will ‘big tech’ soon unveil a ‘bar code’ that will be implanted into the arms or foreheads of Americans to help identify us and track us down like the Nazi’s did? With just such a possibility giving Americans all across the country another reason to prepare to defend our families and loved ones in the days, weeks and months ahead as we’re rapidly herded towards outright tyranny, will you ‘bow down’ to the globalists and ‘take the mark’ so that you’re able to do things that the ‘unvaccinated’ will no longer be ‘free to do’ if Democrats get their insane way? Yeah, we’ll never bow down to tyrants, either!