[Headline News] Did CCP Use Microwave Weapon on US Soil? 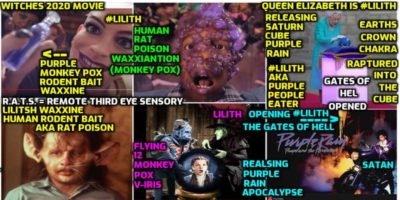 They’re probably operating in full strength across the border in Canada. Justin Trudeau likely gets ass raped by Chinese generals on a nightly basis and then throw darts at his bare ass after they’ve had their way with him until they pass out for the night.

Headline News] Did CCP Use Microwave Weapon on US Soil?

As reported by a CNN video, at least two mysterious directed energy attack happened on US soil in the past two years. There is currently no definitive conclusion on the attacks, although Communist China or Russia was probably the culprit to blame. In the first attack that occurred last November, a National Security Council official was sickened near the Ellipse, the oval lawn on the southern side of the White House. The second incident in 2019 involved another White House staffer in Arlington, Virginia. [1]

This kind of attack is named “Havana Syndrome,” after previous attacks on US diplomats in Havana, Cuba. Similar attacks have struck US government personnel stationed in places like Communist China and Russia. The victims experienced debilitating symptoms such as ear popping, vertigo, severe headache, and nausea. A study by the National Academy of Sciences attributed the likely cause to “directed, pulsed radio frequency (RF) energy.” Current Director of National Intelligence Avril Haines suggested investigating the attacks is “critically important.” [1]

Communist China is the most likely culprit of the attacks. It has already released Covid-19 as a bioweapon worldwide (including on US soil) to decimate humankind, why would it refrain from using microwave weapons near the White House? In fact, Jin Canrong, a professor from Renmin University, boasted about the PLA’s use of microwave weapon to capture a border hilltop occupied by Indian soldiers [2]. Given that the PLA already possesses a functional microwave weapon, it is capable of launching such attacks. Of course, Russia cannot be ruled out as another potential source of attack.

Such bioweapon or microwave weapon attacks can only be stopped if the evil CCP regime is toppled.