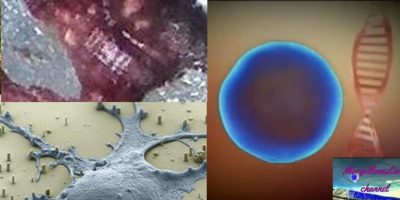 These heart complications are one of the things I lean on when I officially petition for my medical exemption from any Vaxhole attacks from an employment apparatus. I had SVT at one point. Super Ventricular Tachycardia. So that’s a “heart condition” or “complication” that I can cite if ever I ever needed to officially tell them to “fuck off”.

We have previously covered the story of Dr. Charles Hoffe, the brave doctor who has been practicing medicine for 28 years in the small, rural town of Lytton in British Columbia, Canada.

After he had administered about 900 doses of the Moderna experimental mRNA COVID-19 injections, he sounded the alarm over the severe reactions he was observing in his patients who chose to get the shot (he chose NOT to get it himself), which included death.

The result of him sounding the alarm was a gag order issued against him by the medical authorities in his community. He defied this gag order and was interviewed by Laura-Lynn Tyler Thompson on her show where he sounded the alarm. See:

His punishment for going public to warn others on the dangers of these experimental shots was that he was relieved from hospital duty and lost half of his income:

Last week, Dr. Hoffe was interviewed again by Laura-Lynn Tyler Thompson, and he continues to share his findings with the public regarding the experimental COVID-19 shots.

Dr. Hoffe is truly a hero today, risking not only his reputation, but probably his very life to bring important information regarding the COVID-19 shots that the Globalists who control the corporate media and social media are trying very hard to censor.

In this latest interview, Dr. Hoffe states that the blood clots that are being reported in the corporate media as being “rare” are anything but rare, based on his own testing of his own patients who had recently received one of the shots.

The blood clots we hear about which the media claim are very rare are the big blood clots which are the ones that cause strokes and show up on CT scans, MRI, etc. The clots I’m talking about are microscopic and too small to find on any scan. They can thus only be detected using the D-dimer test.

Using this test with his own patients, Dr. Hoffe claims that he has found evidence of small blood clots in 62% of his patients who have been injected with an mRNA shot.

He states that these people are now permanently disabled, and they will no longer “be able to do what they used to do.”

These people have no idea they are even having these microscopic blood clots. The most alarming part of this is that there are some parts of the body like the brain, spinal cord, heart and lungs which cannot re-generate. When those tissues are damaged by blood clots they are permanently damaged.

His warning is very dire: “These shots are causing huge damage and the worst is yet to come.”

This is an 8 minute clip from the original interview, and we have posted it on our Bitchute channel and Rumble channel.