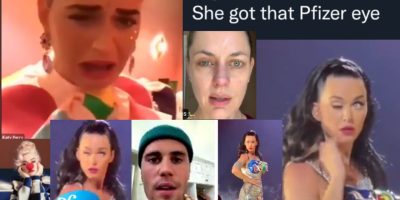 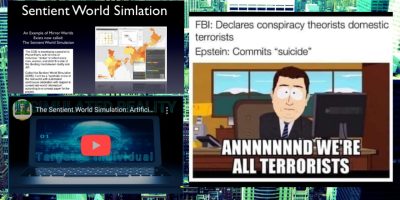 I know I’ve tweeted about this pair of cloned twins before, but I wanted to have a copy of it archived on the website, which was the original reason I even created a WordPress blog and Twitter account in the first place. As digital filing cabinets. I just didn’t realize there would end up being so many forces out there obsessed with censoring my little filing cabinet that a few other people also happened to also start following, something I didn’t originally anticipate. My original readers know all about my original and now apparently infamous and defunct WordPress.com site that was getting massive amounts of daily traffic(20k hits/day vs the 5k/day I get now) before it was yanked by WordPress with pretty much no explanation, along with 17 other WordPress.com sites I had created solely for hosting videos. For those who are not sure how it works, WordPress.com is the free version of WordPress that is hosted by WordPress themselves and you are given a xxxxxxx.wordpress.com site address. I am currently a self-hosted WordPress.org website that uses the open-source WordPress software to manage the site with, but on my own, paid for server. So I am out of the reach of the WordPress censorship apparatus now that I am on my own offshore servers despite still technically using their software which is self-installed on the server provided by your host. A bit off topic. Just thought I’d clear that up for people who are thinking about starting their own blog since I get asked about this a lot. I would recommend going with Blogspot or one of those free self hosted WordPress hosting providers over WordPress.com just because of the censorship risk. Otherwise they’d be awesome. The free .com sites are still useful as video hosting servers though. As far as the free self-hosted options, I’ve found too many drawbacks with those and never really found one that any good or even at all useful with all the limitations they put on you. It’s dirt cheap to just buy the hosting to start. Check out Hostpoco.com, I’m sure they have some dirt cheap introductory WordPress hosting promo going on. It doesn’t start to become noticeable as far as cost until you really start picking up traffic, kinda like I have when I recently crossed into the next price tier.

Wow… they definitely have the same facial features… and the ears look like an exact match!   Zuck had been giving hints that he isn’t human… but who knew he had a female counterpart, until now that is.

One thing worth mentioning, is that the clones don’t do well ‘under pressure’, which is certainly what a fake press secretary would be under… IMMENSE STRESS.

Also there’s the idea that clones may be incompatible with the high galactic energies coming to earth, aaaaaa… with the underground bases being taken down, where many clones were made and stored… they have a few extra zuck models kicking around and thought why not recycle, reuse, reconfigure etc.

As far as I can see… the galactic war has ended on planet earth, the deepstate is being taken down, and that includes their harmful technologies. Yes, there is an attempt that is still ongoing, to have artificial lifeforms rule our lives, be our role models, and steer us into a permanent slavery situation… but all this is failing.  It is failing because our love is victorious.  A clone doesn’t know love, but we, real humans do. Let’s love everything including clones, but let’s not be ruled by them any longer… may we all be free.

The motherload of clone research: