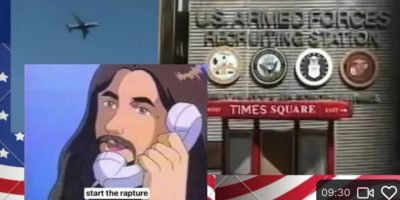 I had just assumed that the NCAA had already put a policy like this in place. As far as the student athletes are concerned, they are sometimes presented with a minimum SAT score requirement by the school. There is no way around these minimum score requirements at the top tier schools. The Ivy League schools for example used to all require a minimum SAT score of around 1200-1300 out of 1600 last time I checked. A 1200 is only a slightly above average score but if your talking about Division I. recruits, a 1200 minimum ends up weeding out 95% of them right off the bat. When researching what the minimum scores at the top top schools were in 2021, I was shocked to find that Yale did not have an “Absolute Requirement”(as they call it) when it came to SAT scores. This also goes for Harvard AND Princeton. So of the top 3 schools in the country(some would argue Penn should be up in the top 3) 2 do not have any Absolute Requirement for standardized tests, and the third one(Princeton) doesn’t even require you take either test(SATs or ACTs) when applying.

So if the NCAA is actually able to convince some of these Ivy or semi-Ivy League(Amherst, Stanford, Vanderbilt, Northwestern, MIT, CIT, Bates, Wesleyan, Michigan, Emory) schools to abandon not just their minimum score requirements, but actual test itself, it would end up drastically downgrading the already diminishing quality of a college degree.

The SATs are a very comprehensive and accurate gage of overall intelligence and competency and doing away with them completely end up changing the entire landscape of college sports and even compromise the future quality of the American workforce. There will be a lot of kids that end up in situations that turn out to be disaster. Not to mention all the kids who had worked hard in school and would have earned a spot at one of these institutions from their merits alone if it weren’t for these new rules casting-out standardized testing in the name of “equality”.

It’s becoming harder and harder to justify the extreme price tag that these fancy institutions come with if they are going to keep going in the “Social Justice-minded” direction and carry-on making these kinds of counterintuitive policy changes.

An NCAA task force has recommended high school students looking to play Division 1 or Division 2 sports shouldn’t have to submit their SAT or ACT scores as part of the recruiting process.

The Daily Caller reported that the NCAA Standardized Test Task Force made the recommendations on Friday as part of the NCAA’s attempts to promote “racial equity.”

“The announcement stems from the NCAA’s Plan to Advance Racial Equity, which includes eight proposals to ‘address racial justice and equity at the national office and among the membership.’ The SAT and ACT score component is a significant part of the plan when evaluating the initial eligibility requirements for Division 1 and Division 2 student-athletes,” the outlet reported.

David Wilson, who led the task force and is also the president of Morgan State University, said in a statement that the recommendation “reflects the NCAA’s commitment to continually reviewing our academic standards based on the best available data and other relevant information.”

“We are observing a national trend in NCAA member schools moving away from requiring standardized test scores for admissions purposes and this recommendation for athletics eligibility aligns directly with that movement,” he added.

“The NABC Committee on Racial Reconciliation believes that the SAT and ACT are longstanding forces of institutional racism and no longer have a place in intercollegiate athletics or higher education at large,” the organization said in July 2020.

As the Caller noted, the NABC praised the NCAA’s decision to remove standardized test scores for prospective athletes.

The NCAA is the latest to suggest standardized test scores harm minorities. In 2019, while running for president, Joe Biden suggested he would end “the use of standardized testing in public schools” in response to a question about their “history of racism and eugenics.”

In June 2020, The Daily Wire reported that University of California’s Board of Regents voted to stop using the SATs and ACTs while judging admissions. Some members claimed the tests were racist and hurt minority students.

“Yet only a few weeks earlier, the entire faculty senate voted to retain the SAT as a result of a study commissioned by UC system president Janet Napolitano that found that the SAT and the ACT increased minority enrollment across the UC system,” The Daily Wire reported.

That report found that “of the 22,613 students guaranteed admission through the statewide index (the admissions pathway in which test scores can compensate for lower HSGPA) but not through Eligibility in the Local Context (ELC), which only considers high school grades, about 25% were members of underrepresented minority groups, and 47% were low-income or first generation students. These students would not have been guaranteed admission on the basis of their grades alone.”

In June 2021, Princeton bragged that 68% of its incoming freshmen class were students of color after it waived the SAT score requirement.

The Daily Wire is one of America’s fastest-growing conservative media companies and counter-cultural outlets for news, opinion, and entertainment. Get inside access to The Daily Wire by becoming a member.