They’re Following a Damn Script… “Once in a 100 years event. 1919-2020-2121-?” | The Quackcinnation Agenda Has MUCH More to do With the Advancement of the Transhumanist Agenda Than With Depopulating the Planet – FALSE NARRATIVE… COUNTER-NARRATIVE… THE TRUTH…

Sudden Adult Death Syndrome. Here’s What It Really Means And Why You Have To Share This With Everyone!!

“Once in a hundred year event”… history repeating itself and doing so in a much too eerily coincidental manner than should be considered as just inconsequential happenstance and nothing to be taken notice of. It’s literally the EXACT same event. They are following a damn script.

The Spanish Flu outbreak was triggered by the onset of the electrification of the planet with the deployment of Telegram cables and radar technology. It caused the population to become ill from the effects of the sudden electromagnetic and electrostatic changes that occurred in their environment when they began to be bombarded with these new radio frequencies and their water-based biological meat suits were not too happy about a water debasing frequency affecting its cellular cohesion and it reacted accordingly.

Now let’s look at our present situation. The sudden outbreak of “Coronavirus”(Viruses don’t exist and germ theory is bunk) also coincided with a monumental change in our electromagnetic environment with the incremental deployment of their ultra-powerful and revolutionary 5G network infrastructure with the installation of all these state of the art high density transmission arrays onto cell phone towers across the globe. What was the first city who went live with this new and untested 5G tech? You guessed it…WUHAN! Hence why we saw instances of people literally dropping dead instantly, right there on the street, after having been bombarded with a heavy and concentrated dose of this new and very dangerous form of microwave radiation.

I should note I longer believe that the primary goal of the Covaids vaccination agenda has to solely with the the depopulation of the planet and actually has much more to do with the transhumanist agenda and their desire to convert human beings into a type of cyborg that can be remotely monitored and directly controlled via the biological operating system that the nano-tech in the vaccines is able to install inside of the individual. They have used the guise of a viral outbreak and subsequent need for a vaccine to protect you from it as a way to infect a mostly already-Zombified population with the software and hardware needed to communicate with their 5G control grid. Don’t think it’s possible to have “hardware” installed inside your body? Think again…

With this kind of unprecedented control the EL-ites could now simply push a button if they wanted to eliminate particular dissident citizens or cull certain portions or demographics of the population that they might deem to be undesirable or threatening. They will certainly use this tech to depopulate the planet, yes, but that’s not the primary directive here. The primary directive is to replace the current version of humanity with a new and updated one that can be controlled in every which way imaginable and could eventually even allow the sheeple to shed their biological human meat suits in exchange for a virtual, digital body and presence within the Metaverse. Sounds like an absolute nightmare to me and is even presented to us as being part of the “script” in the following passage from scripture:

Wes Penre has a boatload of great videos on the Metaverse and the A.I. singularity that will coincide with this new tech.

TRANSCRIPTS: https://wespenrepublications.home.blog/2019/02/06/transcripts-to-our-youtube-videos/ +++++++++++++++++++++ The Metaverse will replace Facebook, and later all other social media, and eventually the entire Internet, so I decided this needs to be addressed, as a priority, because of its seriousness and the rapid progression toward the final Singularity. 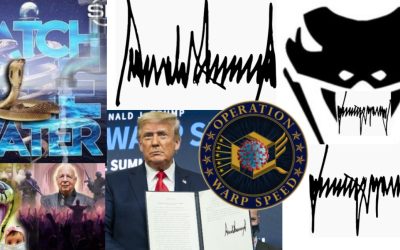 Watch the Water | Is Covid a Synthetic Form of Customized Snake Venom That Has Been Introduced Into Our Water Supply?

April 12, 2022 3 Comments on Watch the Water | Is Covid a Synthetic Form of Customized Snake Venom That Has Been Introduced Into Our Water Supply? 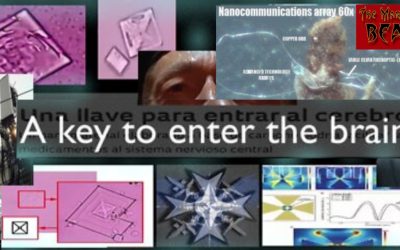 Thats What IT is -RADIATION MATTERS | Agenda 2030: Jabadabadoo Contains Self-Assembling Nanotechnology That “Hacks” the Human Body & Brings an End to “Free Will”. | INVENTOR of mRNA says “DO NOT take VACCINE!!!”.

April 11, 2022 No Comments on Thats What IT is -RADIATION MATTERS | Agenda 2030: Jabadabadoo Contains Self-Assembling Nanotechnology That “Hacks” the Human Body & Brings an End to “Free Will”. | INVENTOR of mRNA says “DO NOT take VACCINE!!!”. 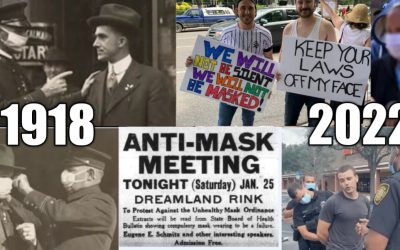 They’re Following a Damn Script… “Once in a 100 years event. 1919-2020-2121-?” | The Quackcinnation Agenda Has MUCH More to do With the Advancement of the Transhumanist Agenda Than With Depopulating the Planet – FALSE NARRATIVE… COUNTER-NARRATIVE… THE TRUTH…

March 16, 2022 1 Comment on They’re Following a Damn Script… “Once in a 100 years event. 1919-2020-2121-?” | The Quackcinnation Agenda Has MUCH More to do With the Advancement of the Transhumanist Agenda Than With Depopulating the Planet – FALSE NARRATIVE… COUNTER-NARRATIVE… THE TRUTH… 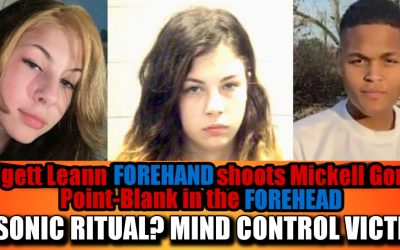 Sudden Adult Death Syndrome. Here’s What It Really Means And Why You Have To Share This With Everyone!!